The most straightforward and practical test to tell whether someone is a feminist or not is to take some text that is critical of men on a moral issue, replace the references to men with references to women, and present the two side-by-side to them. Men and women, contrary to popular opinion, are distinct creatures and cannot be substituted one for the other. However, in the context of moral questions, both have the same responsibilities and duties, and you may indeed have discovered a person indwelt by the unholy spirit of feminist ideology if they hold one sex to a different moral standard than the other.

For instance, consider the following quote, in image form: 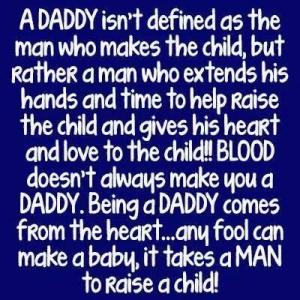 A DADDY isn’t defined as the man who makes the child, but rather a man who extends his hands and time to help raise the child and gives his heart and love to the child!! BLOOD doesn’t always make you a DADDY. Being a DADDY comes from the heart…any fool can make a baby, it takes a MAN to raise a child.

In the sense that there is a difference between impregnating a woman and being a good father to a child, the quote is sound. Fatherhood is a masculine trait, and a sign of godly manhood. A reasonable person would likewise find truth in the quote if adapted for women, perhaps like this:

A MOMMY isn’t defined as the woman who makes the child, but rather a woman who extends her hands and time to help raise the child and gives her heart and love to the child!! BLOOD doesn’t always make you a MOMMY. Being a MOMMY comes from the heart…any food can make a baby, it takes a WOMAN to raise a child.

In the horror stories of women who leave their healthy babies to die in the elements because they are inconvenienced, or who would decide to have their unborn child brutally murdered by an abortion doctor, there is a revelation to the truthfulness in the above. A sane and healthy person, unacquainted with feminism and innocent in regards to the dark and sinister philosophy will agree with the quote as fervently as with the one directed to fathers.

A feminist, on the other hand, will be repulsed by it. How DARE you criticize women? How DARE you suggest that carrying a baby for nine months is not sufficient to be a mommy to the child? The simple transformation of the message into an indictment of women from an indictment of men is enough to draw the feminist from her composure and into the more truthful form of a raving lunatic. In order to serve the falsehood that women are naturally the moral superiors of men, just as it is with all philosophies founded on obvious falsehoods, only raving lunacy can keep a person looking like they are sane.